From the history of the movement to some of its milestones, we move forward to make Earth Day 2022 meaningful and impactful with our community. 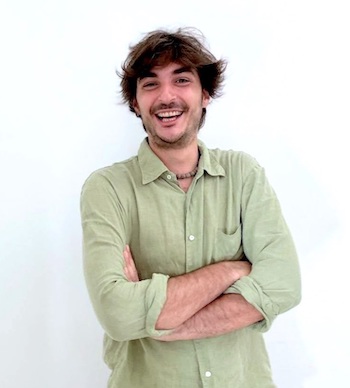 Each year on April 22, more than a billion people across the globe celebrate Earth Day. The one and only driver behind the movement is raising awareness on the environment and protecting our planet. At Forestmatic, we take this very seriously, and to sustain this year's campaign “Invest in Our Planet”, we want to help you generate additional impact with our special Earth Day Campaign.

But let’s dig a little more into it. The first edition of Earth Day was celebrated in 1970, when Wisconsin U.S. Senator Gaylord Nelson organized a national demonstration after witnessing one of the most devastating oil spills in the history of the United States. Inspired by the energy of student Vietnam war protesters, senator Nelson partnered with college activist Denis Hayes to begin a coordinated program of environmental actions, encouraged by the rising public awareness of these issues. The date of April 22 was chosen to encourage young people's participation, as it fell between most students’ spring break and final exams. Rallies took place across the country, with more than 2,000 colleges and universities, 10,000 public schools, and 20 million citizens participating. With a massive 10% of the country’s population involved in the movement, by the end of the year, the U.S. government, under public pressures, created the Environmental Protection Agency (EPA) and National Oceanic and Atmospheric Administration (NOAA). A massive step forward for the time.

In the following 20 years, Earth Day transformed from a U.S. specific movement, to a globally participated action, with events celebrated in more than 140 countries around the world. In 2009, the United Nations designated April 22 “International Mother Earth Day”. Today, it’s estimated that over a billion people participate each year, making it the largest spontaneous, non religious observance in the world.

Latest scientific research and findings have given us red warnings we cannot ignore anymore: there's no safe place or inhabited region escaping dire impacts from rising temperatures and increasingly extreme weather. Almost half of the global population – between 3.3 billion and 3.6 billion people – live in areas “highly vulnerable” to climate change. Millions of people face food and water shortages due to climate change, even at current levels. Key ecosystems are losing their ability to absorb carbon dioxide, turning them from carbon sinks to carbon sources. Coastal areas around the globe, and small, low-lying islands, face inundation.

So for #EarthDay2022 let’s invest in our planet. Let’s act together to promote equitable and fair living for everyone on this planet to thrive. Anyone and everyone can contribute by making their own small part.